Here at Woodbury, our students face many challenges which can hinder their learning, social interactions and community participation. The road to independence can be difficult but we wanted 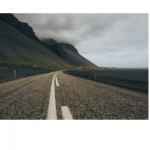 to share with you a success story showing how Woodbury was able to help in one child’s journey to independence.

Our student came to us as a 6-year-old from a support class at his local primary school. He came with Challenging behaviours which disrupted his learning. Mum was getting called to the school to collect him nearly every day.  Some of his behaviours included throwing tables and chairs, climbing on furniture, trying to leave the school premises, and aggression towards peers and adults and what can only be described as “full on rugby tackling”.

We implemented a behaviour intervention plan focusing on decreasing the behaviour challenges and teaching appropriate replacements.  He started at Woodbury in a class which focused on promoting group engagement and enhancing academic skills.  Academically this was a great fit for him. However, this classroom didn’t have the level of support needed to consistently and safely follow through with the behavior strategies, and thus, he was moved to a class with a higher staff to student ratio to ensure he received the support needed to achieve these goals.

Despite the high level of support and intensive behaviour strategies in place we were not seeing a decrease in behaviour challenges. We had to look again and reassess his behaviours. We discovered his biggest reinforcer was going home; this boy loved his mum (aww). School was challenging for him, he had to engage in less preferred tasks and follow the rules and he had to do so without mum. He had learnt at his previous school that if his behaviours were challenging enough his mum would be called and he would get to go home. He was on a winning streak.

Our focus was now on his behaviours, no new academic skills were targeted.  We worked towards him being part of a group, keeping hands down, and sitting quietly next to a peer. We implemented a reinforcement system ensuring that access to fun activities were contingent on good work and appropriate behavior. We gave him a more appropriate way to say he didn’t like a task, such as “I need a break” or “I don’t like it” and “something different” using visuals and supports. Most importantly, we ensured the challenging behavior did not result in removal of a less preferred task or access to a reinforcer. We worked through the challenges supporting the student to complete the work with a 1:1 support aid.

After the first year of intervention he was showing great success. He was increasing requesting spontaneously, and we were able to create simple contingencies where a work task must be completed before a break and we started to work on visual schedules to allow him some autonomy over the course of his day.

By the second semester, we were ready to start to re-introduce academic concepts and fade the intensive support. This was done slowly and systematically to ensure success.

At the start of the following year, the teacher changed, as did the peer group. This meant the whole class dynamic changed, which he found difficult, and as a result we saw his behaviours return, again interfering with his learning.

After much persistence, providing additional support staff, his behaviours were still unpredictable. We worked closely with his family to see if we were missing something, we discovered some inconsistencies in reinforcement. In his previous school he had learnt challenging behaviour resulted in more time with mum. While we had never sent him home for challenging behaviour he knew that if he just “waited it out”, got through the day, eventually mum would come. He had also learnt that no matter what he did at school mum would always come and get him at the end of the school day. There was nothing we had to offer to compete with this, and as such he was not motivated to engage and participate at school. He had found a loophole in the system. So in collaboration with his Mum, we worked out a home-school reward system, to ensure consistency between school and home, with his reward being spending time with Mum. After a tough few weeks, and lots of collaboration, he now knows he must work to ensure he gets his reward! 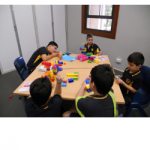 Our success is based on clearly establishing rules and boundaries. He is now successfully participating in full group activities most of the time, and aggression and property destruction is low. Our wonderful student is also learning new skills.

Our story doesn’t end here, at the beginning of 2021 this student was able to transition to a new school environment. He is now successfully participating in a class with a more varied peer group, he is being included in group activities such as swimming and trips out, and for the first time in years is enjoying going to school and learning new skills. 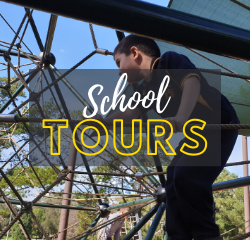 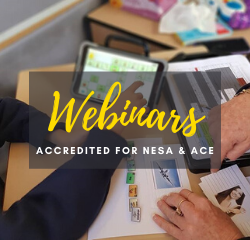 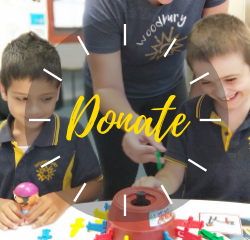